RCG has been carrying agricultural products from Ukraine since March. Thus, by the end of November 2022, RCG had already transported over one million tonnes of grain from Ukraine to Central and Southern Europe.

The transport volume amounts to between 100,000 and 150,000 tonnes per month. These are mainly grain and maize, followed by sugar and oilseed rape. The main countries of destination are Hungary and Germany, followed by Italy and Austria. The map at the beginning of this article displays the quantities and flows of goods since March.

Ukraine is the largest agricultural producer in Europe. Therefore world organizations warned before possible starvation in countries of the third world. Fortunately, sea transport was resumed but rail transport has proven to be a reliable alternative even after this sea resumption, and demand remains high. 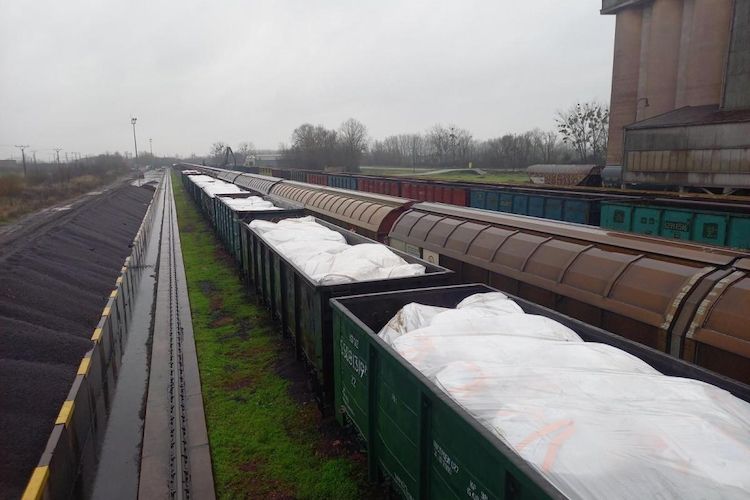 Slovakia: a new route for transporting kaolin from Ukraine by rail

Similar to grain, alternative ways are being sought to…