Women in the Polish railway industry

As of March 2022, 57 women held a valid train driver's licence issued by the Office of Rail Transport. The youngest of them is 21 years old, while the oldest is 54 years old. In total, more than 25 thous, women work in the railway sector in Poland.

Data for 2020 collected from rail companies in Poland show that nearly 30% of all positions in the railway sector are held by women. The highest share of employed women can be found at infrastructure managers – it is over 1/3 of the staff. Women dominate the profession of a flagman at level crossing and a traffic officer. In a dozen of companies involved in passenger transport, women account for more than 27% of the staff and the smallest representation is found in rail freight - around 21%.

Data from the European Union countries collected to 2018 show that the proportion of women employed by rail operators ranges from 8% in Ireland to 51% in Estonia. Among infrastructure managers, these figures are from 8% in Slovenia to 50% also in Estonia. France has the highest number of female employees: 30,5 thous. work for rail operators and 28 thous. for infrastructure managers. However, it should be noted that more than 215 thous. people work in railway sector in France. In Europe as a whole, of the 947 thous. railway workers, 190 thous. (20%) are women. 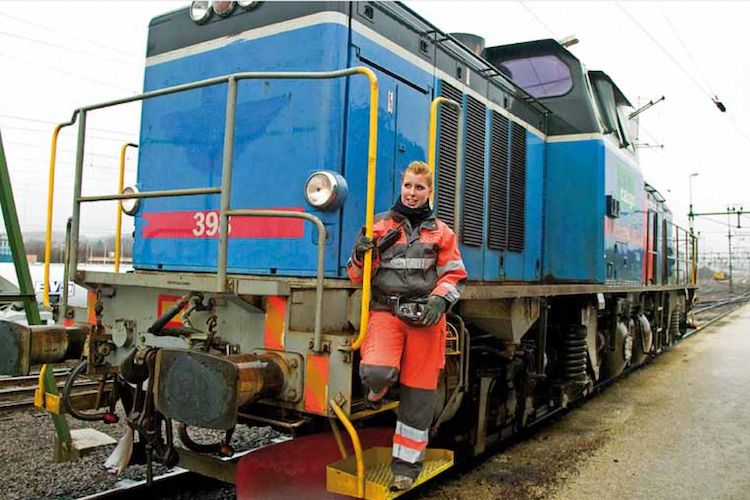