Malte Lawrenz: Smart Assets are more than the rail wagons have ever been before

Chairperson of Association of Private Freight Wagon Users and his point of view about SMART ASSETS.

The last manager in our series from RAILTALKS talkshow being held in Berlin is the Chairperson of Association of Private Freight Wagon Users  (VPI: Vereinigung der Privatgüterwagen-Interessenten in German) Malte Lawrenz. He said that we hadn't defined the term "smart assets" yet and he can only express his point of view.

"At this point, the smart asset is more than the rail wagon has been before. Since decades or centuries rail car was just the thing of steel with no intelligence. And now we reach the stage that all rental companies which we (VPI) represent on railways are making the assets intelligence," and continues:

Malte Lawrenz worked at GATX Rail. Firstly for the German region, then for the whole of Europe. As the head of the association, he had been voluntary since 2012. The members had decided in July 2017 to change from honorary to a full-time office.

The Association of Private Freight Wagon Users (VPI) was founded in 1921 in Berlin and is one of the oldest associations in the sector.

The member companies of VPI include Europe’s leading hire companies for freight wagons as well as small, specialized wagon keepers. With a combined fleet of over 83,000 wagons, they provide for climate-friendly transport of goods of all kinds.

In addition to wagon keepers, VPI also counts shipping companies that hire wagons among its members. The number of workshops for the maintenance and construction of wagons in the association has increased steadily over the years. 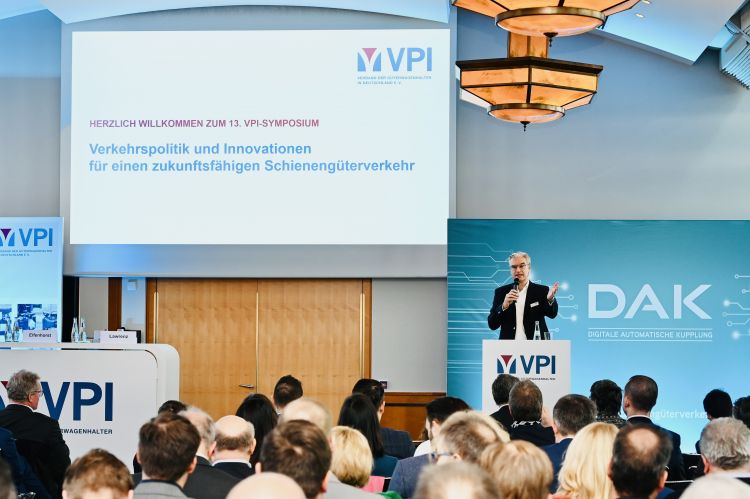