The new electric locomotives will use 100% renewable energy and will therefore produce no air emissions.

Stadler Valencia has presented the first four of twelve high-power EURO6000 multi-system Iberian gauge locomotives that the manufacturer is constructing for Renfe Mercancías. According to the contract between Renfe and Stadler, four of the units were to be delivered by the end of 2022. However, thanks to the good pace of production work at the factory, six units are expected to be delivered to Renfe by the end of the year.

The EURO6000 locomotives are part of Stadler's EURODUAL locomotive family, which is the European benchmark in the locomotive segment due to its higher traction capacity for freight transport, which enables longer and heavier trains to be carried and leads to more cost-effective transport services. By acquiring these locomotives, which will mean greater load capacity and reliability, Renfe Mercancías aims to increase its activity and share in the rail transport sector. The new locomotives have a traction capacity of 1,800 tonnes on 18,000 ramps. They will be three-voltage (25 kV AC, 3 kV DC and 1.5 kV DC) and have six shafts. Thanks to this purchase, Renfe Mercancías will strengthen its operations through the new Pajares tunnel.

The addition of these locomotives to Renfe Mercancías' fleet will enable the company to strengthen its commitment to increasing productivity among its main customers, who are part of the steel and diversified products market and who regularly use the Pajares Tunnel to transport their goods.

One of the main features of the new electric locomotives is that they will not produce CO2 emissions, as they will be powered by 100% renewable electrical energy. In addition to being environmentally friendly, the locomotives will operate with a low level of internal and external noise, and do not generate any vibrations. 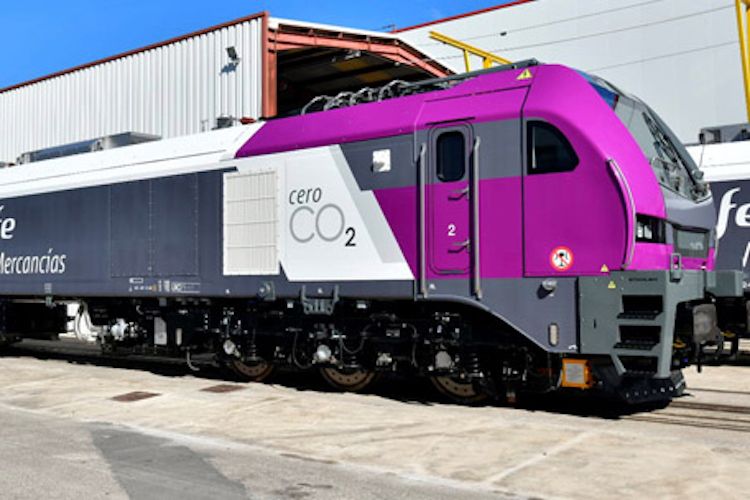 The new electric locomotives will enable the transport of…