The Spanish Ministry of Transport is trying to demonstrate the technical and economic feasibility of rail transport of cereals on a railway route that runs across Europe.

Last week, Renfe Mercancías dispatched a train with 25 empty 40-foot containers whose interiors had been modified for grain transport. The containers were sent from Madrid to Chelm, which is situated 25 kilometres from the Polish-Ukrainian border. It is expected that the train will return to Barcelona in early September with 600 tonnes of maize, via a rail highway that runs across Europe. This is a pilot project to demonstrate the technical and economic feasibility of rail transport of grain as an alternative to sea transport at a time affected by Russia's invasion of Ukraine and restrictions in Black Sea ports.

Specifically, the outbound traffic is Madrid - Ludwigshafen - Duisburg - Lodz - Chelm, while the return traffic is Chelm - Łódź - Duisburg - Barcelona Can Tunis via the rail motorway, involving a distance of approximately 2,400 kilometres.

The containers, whose interior has been modified with "liners" (large special bags for transporting grain), should arrive in the Polish town of Chelm in the fourth week of August. There, the goods will be transferred to Renfe Mercancías containers for subsequent transfer to the terminal used by the logistics operator Kombiverkehr in Łódź. The transfer between Łódź and Chelm is provided by the Polish rail operator DBP.

Once the containers have been loaded, the train will run on standard gauge (UIC) from Lodz to Barcelona Can Tunis, as the final rail destination. From the Barcelona terminal, the goods will be transported to the end customer.

The timing of this pilot project coincides with the reopening of Black Sea ports and the maritime cereal routes supervised by Turkey. The pilot project will help to analyze land transport capacities that can support maritime transport using rail highways in public-private coordination with the transport sectors and raw materials management in the European Union (EU). 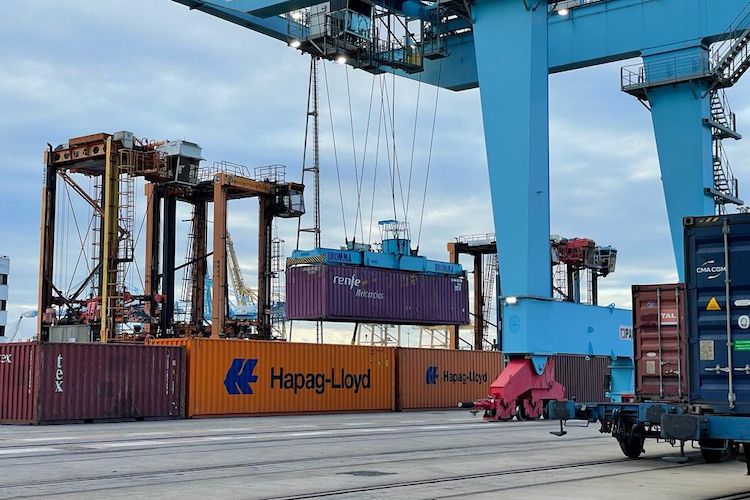 The pilot project was intended to test the feasibility of…