The DB initiative launched in the summer was alleged "a complete success".

"Just in time for Christmas, we are rewarding the many suggestions and effective measures taken by our employees to save energy in these challenging times," said Chief Human Resources Officer Martin Seiler.

Employees were asked to come up with creative ideas to save energy in the workplace. Around 1,500 suggestions have been received from the workforce so far. They cover all areas, whether in the workshop, in the construction container, or the office. Some reduce the number of active screens and video calls and share printers and scanners across departments. Others switch off unnecessary lighting, for example when trains are running empty and in areas of factory halls where no work is currently being done, or install lights with motion detectors in changing rooms and corridors. Optimizing heating and ventilation also play a major role.

Martin Seiler added: "All the measures together not only make the railway, the greenest of all means of transport, a little greener, but they also relieve the company in the face of exploding energy prices."

DB has also temporarily closed the first office spaces that are hardly or little used, and heating is reduced to a minimum there. An additional savings lever is the lowering of the room temperature to 19 degrees Celsius as part of a federal government ordinance for public buildings. Also the Berlin Bahntower, the headquarters of DB, horizontal light tubes used to shine outwards until midnight, giving the building its characteristic appearance. These LED lights are now no longer switched on. Only the DB logo and the position lights for air traffic control remain lit.

The large-scale energy-saving join-in campaign, which was also intended to raise employees' awareness of the issue of environmental protection and resource conservation in general, spread via DB's internal social intranet. 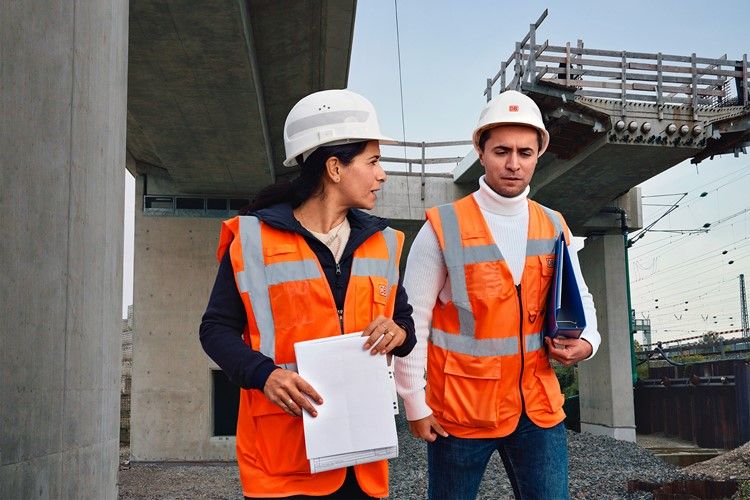 Deutsche Bahn (DB) continues to increase its staff. The…