Czech Railways will modernise all 14 locomotives of the 742 series.

“The complex modernisation of Class 742 locomotives to EffiShunter 1000M fits well into our 2030 Strategy, the aim of which is that we want to upgrade a significant part of our rolling stock. Together with the 750.7 Class, they will be intended for performance with independent traction on corridors equipped with the European Train Control System (ETCS), under the exclusive supervision of which the selected railway network will be operated from 1 January 2025,” explains Michal Kraus, Member of the Board and Deputy Managing Director of Czech Raillways for Service.

CZ LOKO uses the trade name EffiShunter 1000M for the project of modernisation of Class 742 locomotives to the 742.71X Class, as it makes new, first-class locomotives out of former four-axle ČKD diesel locomotives from years 1977 to 1986.

“The complex modernisation is based on the ‘EffiShunter’ Class, and with regard to development costs and component lead times, this type is highly unified, although there will be many other modifications to the vehicles due to their use for passenger service. The objective of unification is not only the ability to offer a reasonable price/performance ratio, taking extreme increases in component prices into account, but also the need to meet challenging delivery times and expected quality levels. We highly appreciate the willingness and efforts of the ČD, a.s. group to optimize the fleet of independent traction vehicles.” says Ing. Josef Gulyás, Vice Chairman of the Board and General Director of CZ LOKO.

The complex modernisation results in a virtually new vehicle: in addition to standard components and equipment, the vehicle is equipped with the ETCS train control system, online monitoring and diagnostics and a new generation of traction and auxiliary equipment. Only the bogie and main frame remain original, but these parts also undergo a general overhaul and many modifications. The 1,000 kW combustion engine allows a maximum speed of 100 km/h.

“The ambition of our modernisation programme is to improve the working conditions of engine drivers and increase the safety of operators and railway operation, increase the reliability of locomotives, extend the service life of the vehicles, and provide a more versatile option for use and deployment on lines equipped with ETCS. The management of maintenance costs is essential for the company’s economy, and within the framework of our social responsibility, the reduction of energy consumption and of exhaust emissions is substantial,” said Michal Kraus from Czech Railways.

CZ LOKO has already succeeded with the same project in the competition of the freight carrier ČD Cargo, with which it concluded a contract for the modernisation of 50 locomotives of this class in 2018; other locomotives are owned by the carriers CER and Rail Cargo Carrier, and the contract was also signed by ODOS from Ostrava.

“Complex modernisation and production of new universal independent traction vehicles is our main production programme with our own know-how. We are now expanding this programme to include hybrid and dual-system vehicles, with the aim of operating as efficiently and environmentally friendly as possible; even the EffiShunter 1000M Class locomotive, after modernisation, has significantly lower emissions than the original 742 Class that has been running on Czech tracks for more than 40 years. We would also like to thank ČD, a.s. for the tough but pragmatic negotiations during the tender process – we are pleased that we have succeeded, and we believe that the upgraded vehicles in operation will meet the expectations of the national carrier,” Josef Gulyás concluded. 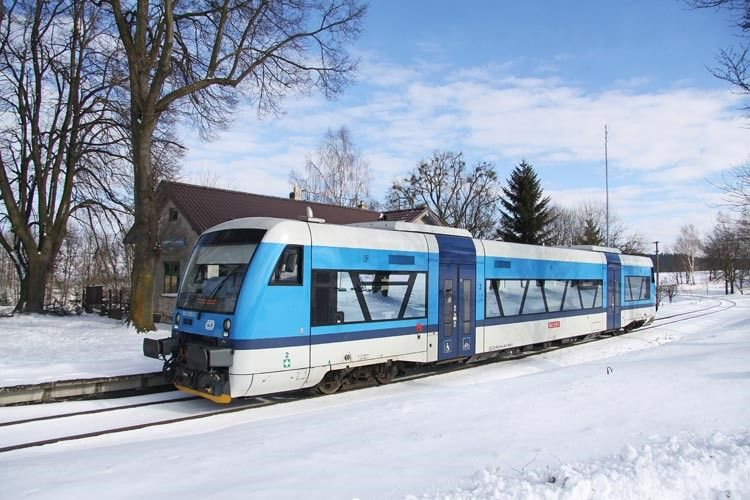 Eleven Stadler RS1 multiple units will expand the fleet of…