A week after Antwerp-Bruges, RAILMARKET.com brings figures from another important European port. There are a lot of changes caused by the war in Ukraine in this port's throughput as well.

Highlights of the first half of the year

The volume of total cargo throughput in the Port of Rotterdam was 0.8% higher in the first half of the year (233.5 million tonnes) than in the same period in 2021 (231.6 million tonnes). In many segments, the war in Ukraine led to significant changes. For example, imports of both LNG and coal rose very sharply as an alternative to reduced European imports of Russian gas by pipeline. The throughput of crude oil increased, with oil products falling off. Throughput of iron ore, agricultural bulk, and containers was lower than in the same period last year.

Container transport to and from Russia has come to a halt, and persistent bottlenecks in global container logistics caused the cargo to shift from large to smaller container ports. In anticipation of the sanctions on coal and oil, less Russian coal, crude oil, oil products, and LNG were imported in recent months. Companies are increasingly importing from other countries.

Allard Castelein, CEO of Port of Rotterdam Authority explains: "Europe relies heavily on Russian energy. The current geopolitical situation makes Europe very vulnerable. The availability of energy and raw materials at reasonable prices cannot be taken for granted. A positive development is that concrete steps have been taken in recent months to make our energy supply more sustainable and to further our energy independence, particularly through investment decisions to build a large biorefinery and Europe’s largest green hydrogen plant. The business community has committed in the last half year to invest € 3 billion in the energy transition. In addition to the vulnerability of the European energy system, nitrogen emissions continue to be a major bottleneck. Several major projects, including the CO2 capture and storage project Porthos, are being delayed or threatened by delays due to uncertainty and restrictions associated with nitrogen emission".

Following paragraphs: dry bulk, liquid bulk, containers and breakbulk, outlook for the second half of the year

The dry bulk segment saw an increase of 4.4% in the first half of the year. The throughput of agricultural bulk was down by 15.1%. This segment is always heavily influenced by the size of harvests in different parts of the world. In addition, there were strikes at one of the processing companies. Another factor was that less agricultural bulk was processed because of high energy costs. High energy costs also led to lower production by the German steel industry and, as a result, a fall of 20.6% in iron ore imports. The imports of cokes for the steel industry remained at the same level. Coal throughput for electricity plants rose sharply. On balance, this resulted in a 29.7% increase in coal throughput. Coal is currently cheaper than natural gas and it also reduces dependence on Russian natural gas. The 30.1% increase in other dry bulk is striking. It is primarily attributable to the high prices for the shipping of containers: cargo that can also be transported in bulk, such as industrial minerals and fertilizers, is therefore being transported in this way more often.

In the first half of the year, the transport of liquid bulk rose by 4.6%. The 4.3% increase in crude oil was mainly caused by the flow of Russian oil through Rotterdam to India in particular. Refineries in Northwest Europe are switching to non-Russian oil, with the result that Russian oil is finding its way to other markets. The 9.4% decline in the throughput of oil products is mainly due to the structural decline in the imports and re-exports of fuel oil. LNG rose by 45.8%. There is a very strong demand for LNG as an alternative to the natural gas entering Europe by pipeline from Russia. The 22.5% increase in other liquid bulk goods can be attributed, on the one hand, to a shift from transport in tank containers to chemical tankers and, on the other, to stockpiling by purchasers of chemical substances. In the light of faltering transport chains, they are doing this to make sure they have adequate supplies of raw materials.

It was possible to see a shift in the origin of imports of coal, crude oil, oil products, and LNG in the second quarter. Companies are sourcing these energy carriers and raw materials less and less from Russia and purchasing them elsewhere in the world.

The throughput of containers was down 4.4% (in TEUs, the standard unit for containers). The decrease was 8.9% in terms of weight. The difference between the two is attributable to an increase in the number of empty containers. There are two principal reasons for the decline in container throughput. The first is the loss of container traffic to and from Russia due to the sanctions, the uncertainty associated with the continuation of trade with Russian parties, and the discontinuation of scheduled services to Russia. The second is the ongoing disruption of container logistics. Two years ago, the COVID-19 pandemic led to lockdowns and changes in consumption patterns. Container vessels were no longer able to comply with their sailing schedules, with disruptions in pre- and post-transportation as a result. To make up time, large vessels are now often canceling calls to ports in their itineraries (-5.5% calls in Rotterdam by comparison with last year), and loading and unloading more containers per call (+6.1%). This results in peaks in activity at the terminals, which were already very busy since containers are left there for longer times on average because ship arrival times are more unreliable. As a result of these developments, shipping companies are currently using smaller ports of call for transshipment relatively more often than large ports such as Rotterdam. A chain consultation platform was established to monitor developments with all players in the Rotterdam container sector and to respond in the best possible way.

Roll-on/roll-off traffic rose by 16.8%. This figure paints a rosy picture because of the end of the Brexit transition period on 1 January 2021. At the time, that led to additional transport in late 2020 and a dip in RO-RO transport in early 2021.

The current geopolitical situation is generating numerous uncertainties. Reliable energy supplies in Northwest Europe can certainly not be taken for granted. Energy prices are high, and this is a major factor in the sharp rise in inflation. A recession may follow. This makes forecasting throughput volumes for the second half of the year very difficult. In the energy transition, which is so important for the future of the port and for achieving the national climate goals, the required measures are again expected to emerge in the second half of the year. Solving the nitrogen problem is very important if we are to continue to make progress. 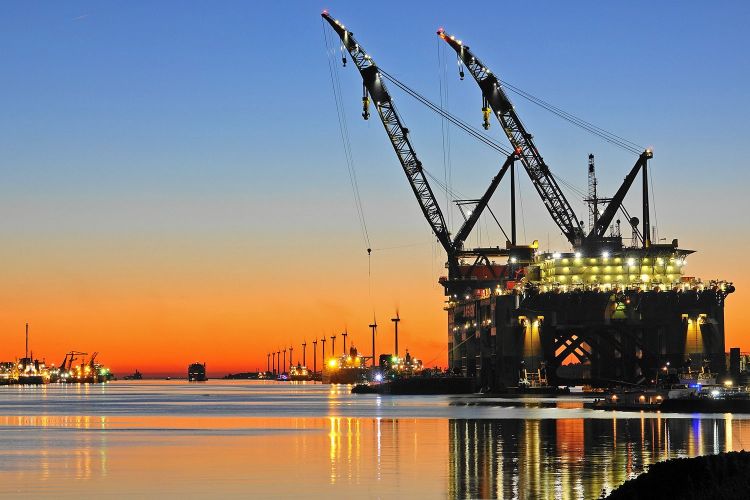 Port of Rotterdam: big changes regarding LNG (+74 %) and coal indicate that energy landscape has changed dramatically

In the first nine months of 2022, almost the same freight…