Better use of railways: one of the priorities of transport minister Martin Kupka within the Czech EU presidency

Revision of the TEN-T regulation, promotion of high-speed railways across Europe, and strengthening of the role of the European Union in space. This was what the transport minister Martin Kupka spoke about to the MEPs.

Speaking in the Committee on Transport and Tourism (TRAN) and the Committee on Industry, Research, and Energy (ITRE), he presented and explained to MEPs the Czech Presidency's transport plans for the upcoming six months.

"I would like to thank all members of the TRAN and ITRE committees for the opportunity to present the priorities of the Czech Presidency in the Council of the European Union. The Czech Republic assumed the presidency at tough times and in the face of the Russian invasion of Ukraine we are facing new challenges together. And transportation is no exception. One of the main tasks over the next six months will be to make European transport flows more resilient. Therefore, we want to focus on the revision of the TEN-T rapid transit system and on moving forward with the negotiations on the design of the Secure Connectivity satellite system," said minister Kupka after the hearing in the committees.

The revision of the TEN-T Regulation was an important point in minister Kupka's speech to the TRAN Committee. This revision is of great importance for the Czech Presidency because it is crucial for the development of a modern, efficient and safe European transport infrastructure. It will allow us to make better use of railways and create an environment for the interconnection of different modes of transport. Another priority for the Czech Presidency will be the proposal of alternative fuel infrastructure (AFIR) deployment and promotion of the use of sustainable fuels in air and maritime transport.

Another priority for the Czech Presidency will be the proposal of alternative fuel infrastructure (AFIR) deployment and promotion of the use of sustainable fuels in air and maritime transport. "These regulations are crucial because without them the European Union cannot achieve its target of reducing greenhouse gas emissions by fifty-five percent by 2030. This is all the more important because it will enable us to meet the EU's objective of rapidly ending our dependence on Russian fossil fuels," said minister Kupka.

Speaking in the ITRE committee, minister Kupka stressed the key importance of space infrastructure for the geopolitical security of the European Union. "The Union needs to have sufficient capacity to design, develop, operate and exploit its satellite systems and to be able to protect them against external threats," minister Kupka told the MEPs.

The main priority of the Czech Presidency in space policy is the continuation of negotiations on the form of the Secure Connectivity program, which aims to build a space infrastructure of many hundreds of satellites that will provide secure, reliable, and affordable autonomous connectivity for EU users. The system will also be used for providing high-quality, fast internet connectivity anywhere in the EU. During our Presidency, we will start a trialogue during which we will moderate negotiations on the shape of the system between the representatives of the Parliament, the Council, and the Commission.

Minister Kupka also met with the Deputy Commissioner for Transport Maja Bakran Marcich to discuss the so-called Solidarity Lanes between Ukraine and the European Union. They shall facilitate the export of mainly agricultural products from Ukraine. Where possible, there must be a switch from the sea and, where necessary, from rail transport to road transport.

The Czech Republic took over the Presidency of the EU Council on 1 July. The main priorities in transportation are better connections and development of Europe's infrastructure, promotion of high-speed railways, and clean mobility. The Czech Republic will also focus on autonomous transport and support of space activities. Several events will take place during the Czech Presidency. These will include for example an informal meeting of the Transport Council in Prague, Urban Mobility Days in Brno, and European Space Week, focusing on current and future trends in the European space program. 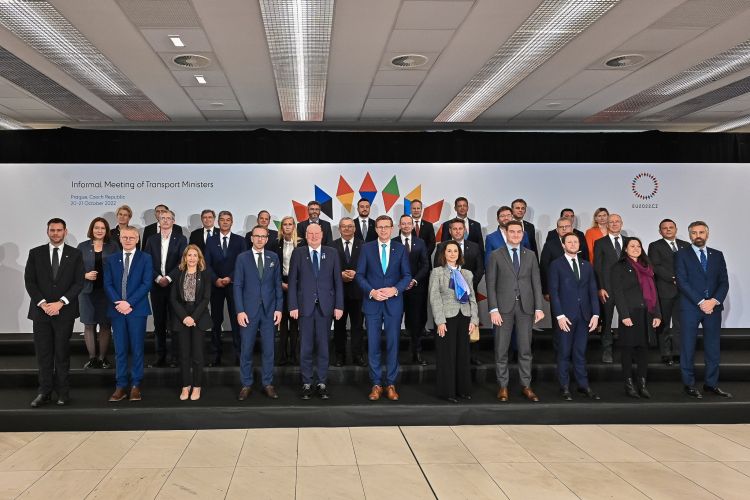 The heads of the ministries also discussed how to make… 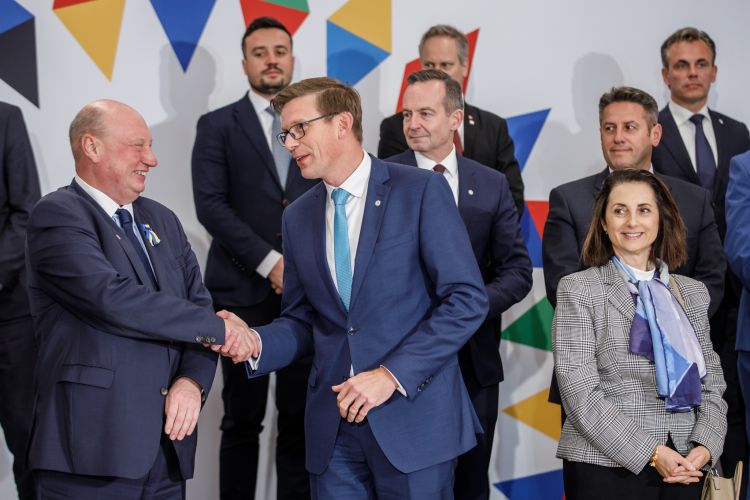 Development of railway transport, the future shape of the…