Martin Hubeňák, Port Representative Central and Eastern Europe of Port of Antwerp-Bruges, estimates logistics development in the next months in an interview for RAILMARKET.com

RAILMARKET.com: In the first half of this year you achieved growth, albeit about 1.5%, how do you see the second half of the year?

Yes, we have achieved slight growth and this is also confirmed by the fact that the merger of our two platforms Antwerp, and Zeebrugge into one joint port authority this year plays an important role. For the second half of the year, it is difficult to predict how the numbers will develop. But the uncertainty in the market is felt. And no wonder. There are many unplanned changes and disruptions that more or less directly affect the entire supply chain. From my perspective, we are going to have a period where companies will have to prepare for the impact of these changes. In some sectors of logistics and transport, we can logically expect an increase - for example, in supply related to the energy crisis. Conversely, we may see a fall in the supply of consumer goods, or in chains that would normally have seen record purchases in the pre-Christmas and Christmas period. And we must not forget the shortage of various commodities due to the war in Ukraine, which will subsequently be reflected in the volumes transported or changes in transport and logistics flow (infrastructure throughput, slower turnaround, longer transit times, reduced production capacity).

RAILMARKET.com: Container shipping is not doing well, is the cause only the war in Ukraine or was it the problems in maritime logistics that we already noted last year?

We can say that container shipping is experiencing a completely different and at the same time turbulent period than ever before. If we look back two or three years, who would have said then that there would not be enough containers, that the e-commerce business would pick up many times over, and that the cost of transporting containers would rise? Last year, we could rather see operational difficulties caused by cumulative ship arrivals and the consequent enormous pressure on staff. It was somehow impossible to plan everything, let alone manage to maintain the high standard and efficiency of deliveries from previous years. However, logistics has always been there to react to change and be able to adapt flexibly to it. And in this case, I dare say that despite all the difficulties and unexpected influences, the people did a great job. So logistics has deservedly gained in importance and attracted interest on many fronts, where it was seen as just a big non-value-added item that put a strain on their budgets, without any effort until now to consider its long-term benefits or the existential risks associated with its importance. We cannot, therefore, talk entirely about container transport ceasing to thrive, even though we are now experiencing a fall of several percent over the last six months. We are probably seeing a kind of unplanned correction or cooling in the market. At the Port of Antwerp-Bruges, we monitor developments and we are very well connected to other sectors, and this shows how important our diversity is, that a decline in one case does not automatically mean a decline in the final total.

RAILMARKET.com: How do you view digitalization in logistics, can digital platforms (such as RAILVIS.com) improve efficiency in freight transport?

This topic is and will be immortal for a long time to come😊 There are still discussions and presentations about digitalization, both in the industry and in transport and logistics, but in reality, we are somewhere in the beginning. Of course, there are cases where this discipline is very much ahead, specifically in logistics dealing with warehousing and distribution in e-commerce. However, if we look at complex solutions including the follow-up processes in supply chains, we are talking about a fraction. Each part of the chain requires an individual approach and the gradual integration of all stakeholders. I think this is the most difficult thing so far: to realize and thus push the development and impact of digitalization to a renaissance in logistics and transport faster. It is therefore important to be open to these changes and challenges and to support emerging platforms such as Railvis.com. Competent managers should realize that progress will not stop and start giving these platforms a chance. At the very least, verify (experiment wisely) that it works and calculate the investment, and its benefits (not only financial but also work efficiency and comfort for their colleagues). Then make it clear to others who can make decisions about this investment in the long run. After all, it is not always a small amount and a one-off setup.

RAILMARKET.com: Do you see any space for increasing cargo transport within the railway?

I definitely see it. But as in any business, nothing is free. Also here we are running up against current limits, perhaps only temporary. I sincerely hope that the efforts to remove them (= increase capacity) will be graded not only in articles and presentations but mainly in reality. It will take a lot of energy and especially cooperation, not only at the political level. I see the impact of increased volume on the rail as one of the priorities in the transport-logistics chain, for at least two reasons. The first is undoubtedly ecological, for example, the falling river levels, which are crucial for shipping on the main rivers, such as the German Rhine. The second reason, and certainly not the last, is the lower demand for truck driving jobs on long-distance/international routes and their generational renewal. This will require a change of approach in this mode of transport towards more local transport, leaving the longer routes to combined transport. 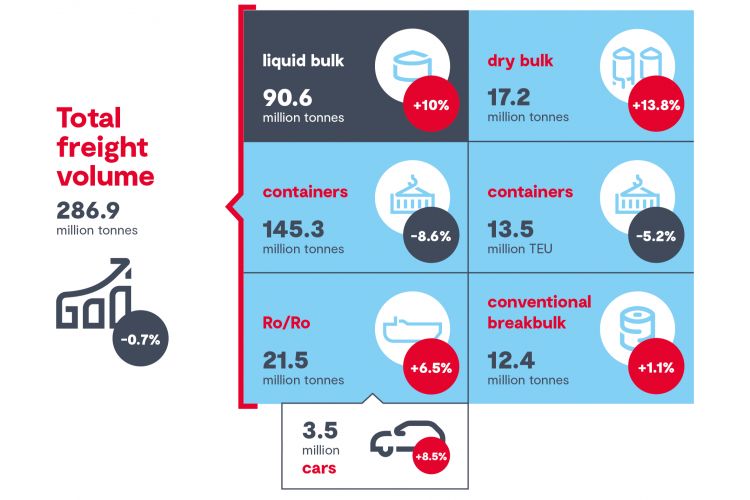