As part of the agreement, DB will work with UZ to expand freight corridors and terminal capacity and provide extensive consultancy services on the implementation of European standards for rail operations.

Deutsche Bahn (DB) signed a Memorandum of Understanding (MoU) with the Ukrainian State Railways Ukrsalisnyzja (UZ) at InnoTrans 2022 in Berlin this week. With this step, DB has offered its help and support for the rebuilding the Ukrainian railway system.

"We have the utmost respect for how unwavering and courageous our Ukrainian colleagues have been in doing their jobs under wartime conditions. For millions of people, rail is the only means of transportation; for the economy, it is the most important lifeline. A functioning rail system will be essential as Ukraine rebuilds,” said DB CEO Dr. Richard Lutz.

DB and UZ have been working together to modernize the Ukrainian railways since before the war conflict. In general, the new partnership aims to improve rail freight transport in the agricultural sector. DB Cargo experts will assist in the development of new freight corridors and terminals for transshipment between broad and standard gauge or in the modernisation of existing ones. The agreement also covers consultancy services and the implementation of European standards for railway operation and management, which are a prerequisite for receiving the financial assistance needed for the reconstruction effort. DB will also assist in the establishment of corporate structures in UZ and the supply of spare parts is also planned.

“In fostering independence from Russia's harmful influence, reorienting the European rail system to new opportunities needs to be the priority. I am confident that a partnership between DB and Ukrzaliznytsia can offer major benefits to both sides in expanding freight transport and grain exports to Europe. There is no doubt that DB is an expert in this area,” commented Oleksandr Kamyshin, CEO of Ukrzaliznytsia.

It is already possible to access some of the major freight hubs in the western railway network of Ukraine with European standard gauge freight cars. In order to increase grain exports to the European Union, the possibility of using Ukrainian hoper cars for grain transport is being considered. These cars can transport much higher volumes of grain than containers can. 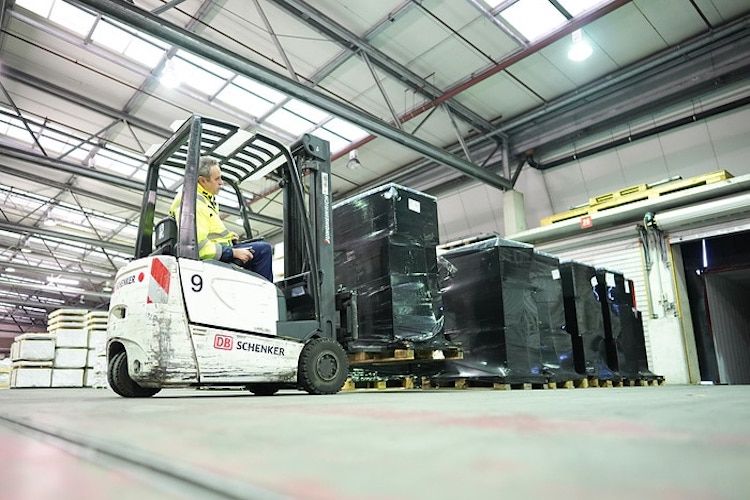 Further help from DB to the Ukrainian railway