The rail section will offer an alternative route from the port of Odessa to the Black Sea.

Ukrainian President Volodymyr Zelensky announced in a video broadcast on Monday that the railway connection between Ukraine and Moldava has been upgraded and launched. This route has been closed for almost 25 years and now is working for Ukraine again.

The track is 22 km long and connects the town Berezyne in western Ukraine with the town Basarabeasca in southern Moldova. “The reopening of this route has become vital due to the constant attacks on the bridge over the Dnistrovsky Channel by the Russian occupiers. We now have an alternative - the main route to reach Odessa and the Danube ports, the Reni and the Izmail, is now properly connected to the railway,” commented Ukrainian Infrastructure Minister Alexander Kubrakov on a Facebook post.

The line should be used mainly for freight transport, especially for grain exports from Ukraine. Under a deal brokered by the United Nations and Turkey with Russia and Ukraine, ships carrying grain started leaving Odessa and other ports in August. The railway connection could carry 10 million tonnes of freight a year and could be an alternative route in the time of uncertain transportation of grain that has been affected by Russia’s invasion.

According to Kubrakov, the reopening of the Berezyne-Basarabska route may represent one of the steps for Ukraine's accession to the European Union: “Our joint projects are not only about transport, cargo, and passengers. We are moving together towards EU membership, so we are building a common European infrastructure.” 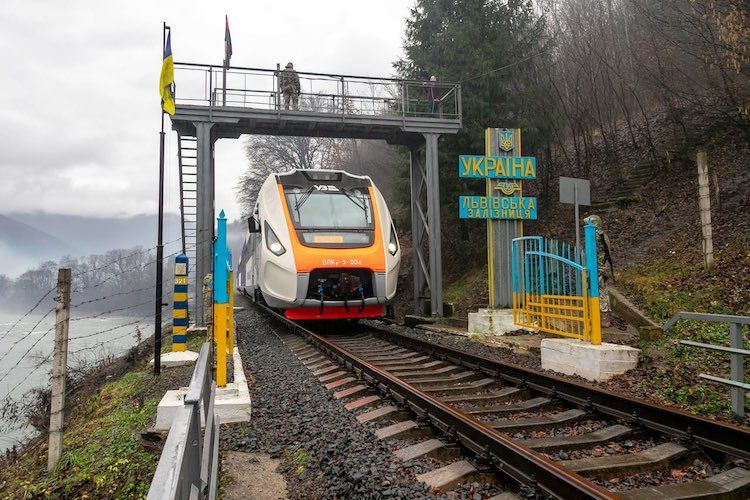 Ukrainian Railways has launched a new service to Romania

The new line will enable rail freight transport to and from…