A contractually agreed extension is planned for the Rhine Valley railway between Karlsruhe and Basel. The upgrade to four-track traffic, 740 metres of train length, and 2000 tonnes train weight is intended to significantly increase the line capacity and performance. However, due to the complexity of the project, completion of the work is not expected before 2040-2045. By then, workable alternative solutions must be in place to help operate the capacity-constrained railway and prevent shippers from switching to other modes of transport and supply, especially back to road transport.

The Swiss railway companies, which include VAP, BLS Cargo AG, Hupac Group, and SBB Cargo International, have presented four measures to decongest the Rhine-Alpine corridor. The main focus is on the railway line on the left bank of the Rhine via France, which is an ideal complement and alternative to the Rhine Valley railway on the right bank via Germany.

Measure No. 1 – Modernization of the north-south axis on the left bank of the Rhine

The railway companies propose an accelerated modernization of the north-south axis on the left bank of the Rhine. With relatively little funding, the additional capacity of 60 freight trains per day is considered essential for the growth of the new rail link across the Alps (NRLA) can be achieved within a few years. “The Swiss authorities should now press ahead with negotiations with neighbouring countries to achieve electrification and upgrading of the Wörth-Strasbourg line as an alternative route as soon as possible,” commented Hupac in a press release.

The second measure discussed by the companies is that there should be internationally coordinated train path management on the left bank of the Rhine. The infrastructure managers involved in Germany, France, and Switzerland should draw up a common catalog of through train routes so that as many freight trains as possible can pass through this bottleneck in a stable and smooth manner". One simple solution to increase capacity could be to lift restrictions on night rail traffic. Other temporary solutions could be to simplify German-French communication by using language applications or bilingual staff in infrastructure control centers.

Measure No. 3 - Rail freight traffic to operate without interruptions on the main routes

Under the third measure, rail freight traffic shall be operated without interruption on the main international routes. It is necessary to ensure that there are no open construction sites, that the facilities are trouble-free, and that the necessary f equipment (overhead line, train length, storage areas, etc.) is available for all trains using the alternate routes.

Measure No. 3 - International working body of the infrastructure managers

The fourth and last measure relies on international cooperation between the infrastructure managers involved with the corridor. “We propose the establishment of an international working body of the infrastructure managers of the corridor with the involvement of the transport ministries. The aim is an active coordination of the requirements of the infrastructure extension on the one hand and a marketable transport offer on the other. As a central transit country in the Rhine-Alpine corridor, Switzerland is predestined to play a driving role in the implementation of the aforementioned measures,” added Hupac. 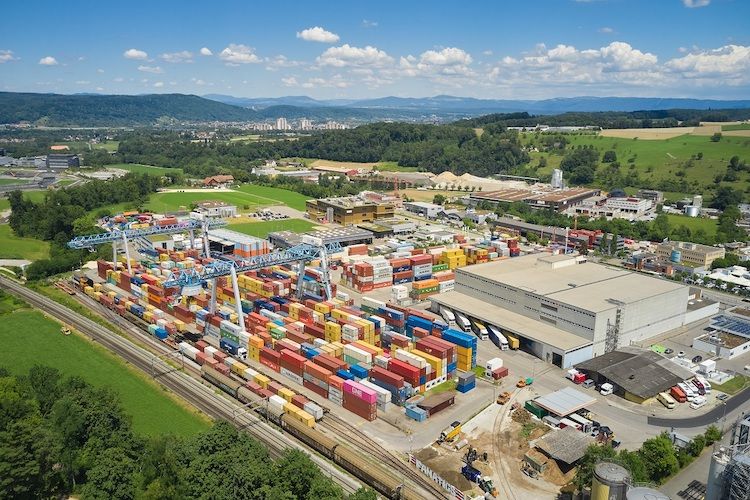 Swissterminal has launched new direct connections to Rotterdam and Antwerp

The Schweizerzug service is designed to ensure maximum…