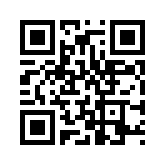 CER Slovakia a.s. is a member of the CER Cargo Holding group, which is a leading railway company in Hungary, Slovakia and Czech Republic, providing first-class quality rail transport.

CER Cargo Slovakia, a subsidiary of CER Cargo Holding, was established in 2009 with a clear goal - to strengthen the operation in Slovakia and to make the European railway transport more effective in general. As we received the permission for rail freight forwarding services, the rail carrier operation was started.

In 2012, we earned membership in “General contract for Use of Wagons-GCU”, based on the COTIF 1999 international agreement. Cargo transported in Slovakia was 167 thousand tons, as export-, import- and transit traffic by rented locomotives.

A type 242 “Plehács” electric locomotive and a 740 “Kocur” joins CER Slovakia’s fleet. Then, in 2017, CER Cargo Slovakia got the new 740 “Kocur” locomotive. Permission for our transport services on Slovak railways has been extended to the railways in the Czech Republic.